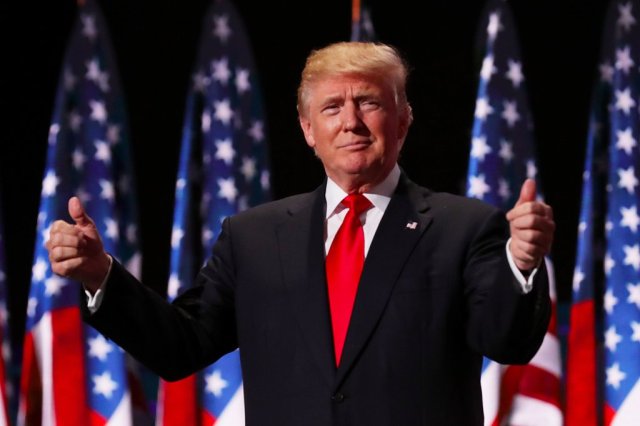 Last week was a difficult one for me, as it was for many Americans. I’ve experienced every emotion available to a person and my mind has finally begun to settle and allow me to explore how can I become more active in creating change for marginalized groups. I think like many white people, this election has woken me up in a VERY REAL way and I am ready to do my part.

Part of that will be sharing some political pieces on this blog. I will still continue to write about courage when it comes to living, loving, and writing, but moving forward courage will also apply to politics. Because now it must.

I read this NPR article about Trump’s 100 Day plan. While there was much in there that angered me, and surprisingly a point I agreed with on a surface level, there were points that were EXTREMELY vague in what they mean for this country.

How was I ever going to research all of that? Oh wait… Oh thank god… I don’t have to because an old friend of mine (and former running mate for student office at the University of Iowa) Scott McKeag broke it all down on Facebook for me.

I asked Scott, now a social studies teacher in Virginia, if I could repost it here unedited by me for you all to read. Scott breaks down what I was confused about and then goes on to write a very interesting opinion piece. He also makes a pretty legit request of all of us. I join you all to click the “Read More” button below and read it.

It continues to set in, the hazy realization that within his first 100
days, the President-Elect and Congress will seek (and likely succeed)
in undoing nearly every inch of reform and progress accomplished by
President Obama and Democrats:

1) The President-Elect himself will be able to reverse President
Obama’s Executive Orders or Agreements that accomplished the following
(because the GOP refused action):

a) Prevented the deportation of minor children of undocumented immigrants.

f) Got Iran to agree to stop developing nuclear weapons as part of a
successful, multi-lateral, agreement (the multi-lateral aspect of this
deal could, ultimately, preserve the agreement and keep the US
engaged).

2) The President-Elect’s appointees would also seek to reverse these
President Obama accomplishments:

a) Overturning the net neutrality rules put in place.

b) Abandoning enforcement of the Voting Rights Act after the Supreme
Court’s gutting of its preclearance provision. This work by the Obama
administration’s DOJ preserved the right to vote for millions of
voters who face the real possibility of not having that right
protected by the very officials who pushed for their implementation.

c) A likely Supreme Court nominee (or two, or three) that would seek
to reverse Roe v. Wade, expand the 2nd amendment rulings on Heller and
McDonald, apply the “Pence Standard” of criminalizing women seeking
abortions (Pence’s actions here are well reported, were widely
ignored, and are beyond heartbreaking for those affected).

d) Criminally investigate all political opponents (real or imaginary)
that Trump vowed revenge on, repeatedly, during the campaign.
Including Secretary Clinton, journalists, and media personalities.

3) The President-Elect, his GOP House, and a GOP controlled Senate
will unquestionably undo two landmark President Obama achievements,
the consequences of which are detailed below:

a) Affordable Care Act. While the law itself is most likely to stay
without the security of a filibuster-proof majority, the GOP already
took a dry run on how they will take health insurance away from 22
million Americans before Summer 2019 arrives through what’s called
“reconciliation.”  President Obama vetoed their attempt earlier this
year. The President-Elect would sign it before he can even ingest a
tic-tac. This maneuver would strip down the Affordable Care Act in the
following ways: The elimination of the Medicaid expansion to assist
the poorest in the exchange will end–pushing the poor out of the
exchanges and back into a marketplace they cannot afford to buy into.
The elimination of the subsidy to assist middle-income Americans in
buying their own insurance (these subsidies, and the Medicare
expansion, are what offset the projected premium increases that were
reported–incompletely–by all of the media outlets last month). The
elimination of the tax penalty designed to incentivize Americans to
enroll/remain enrolled in a health insurance plan–pair this with the
elimination of the two subsides above and you’ll likely see healthier
Americans drop out, accelerating the rising cost of premiums back to
levels unsustainable for consumers. Finally, this 2015 dry run by the
Senate and House eliminated the additional taxes levied to pay for the
subsidies (remember the increase in tanning bed taxes?).  With Mike
Pence pulling strings, it’s likely that the GOP is likely to seek
canceling ACA provisions that have also extended discounted or free
preventative care to millions of women. Notice the spike in
contraception requests? The only two notable things likely to be left
of the ACA is the pre-existing conditions reform and allowing those 26
and younger to stay on their parents’ plans. The ACA will be
unrecognizable, and millions would lose their health insurance by
2019.

b) Dodd-Frank and other Financial Sector reforms from 2009-10.
Republicans, fed by the banking lobby, fought hard to roll back the
regulations in the Truth in Lending Act and other measures designed to
reign in the predatory practices of the banking industry.  Don’t be
shocked if, within the first 100 days, banks are retroactively
increasing your interest rates on credit cards again, engaging in the
same practices that sunk the global economy in 2008. Those reforms
weren’t perfect (see Wells Fargo and Deutsche Bank), but they were
steps in the right direction in protecting consumers bilked by big
banks during the latter Clinton years and the Bush administration.
Rolling these regulations back could land the economy right back to
where it was in September 2008. And do so before the 2020 election.
Which leads me to…

c) Re-instituting the Bush tax cuts that expired for high earners in
2013 as a (rare and rather inadequate) compromise between the GOP and
President Obama. The President-Elect, along with the entire field of
GOP candidates, made this a central platform issue while also
proposing further top bracket tax cuts.  Mix these massive revenue
cuts with promised spending increases in Defense and infrastructure,
and the annual deficit and long-term debt will explode. Somehow that
will be President Obama’s and Hillary Clinton’s fault.

This was not an exhaustive list. For example, we’re likely to see a
GOP-led federal government cut welfare spending in Medicaid, Medicare,
food stamps and scientific research. The gains made in the private
sector on renewables could slow as the GOP promises to bring back coal
production as they deny the science behind its impact–worsening our
carbon footprint while continuing to deny the needed conversation in
coal country about providing education funding to help convert coal
jobs into wind, solar, hydro, and geothermal jobs–jobs that would pay
more, be healthier for the workers, and preserve lands around mines.
Deregulation and a love for right-to-work nonsense will continue to
erode what’s left of important public service careers like education.
This should alarm everyone, as our election just put a spotlight on
the ignorance and tribalism that develops when poorly funded schools
and poorly supported teachers aren’t given the resources to do our
best for future voters.

How about the retreat from the middle-east and eastern European
theaters, allowing Assad to complete his genocide in Syria and provide
haven for ISIS to wait out the current successful attacks to dismantle
their operations in Mosul and Roqqa?  While Putin is allowed complete
latitude in their former satellites.  And this still is not all.

And let’s not forget the influence on our children. In the day after,
Latino/a students are scared to sit in class with vocal Trump
supporters who walk the hallways telling them that the wall is coming.
Or a student performing a Nazi salute in a roomful of minority
students. Or the psyche of young girls who saw the first woman on a
Presidential ticket be threatened with imprisonment for committing no
crimes, while the “man” that defeated her at the polls has a
well-documented past and present of sexual assault, rape, grading
women by numbers, and on.  Or the LGBTQ children who caught a glimpse
of legal equity and equality as human beings…only to be shaking,
quiet, and scared to participate in class for fear of retribution.
The larger societal impacts already felt, as some white students
openly discuss the relief of not having to hide their agreement with
white supremacist ideology, while others feel justified in committing
hate crimes against those who voted differently.

Given the loud racial divide in the vote breakdown, and the even
louder presence of a white, whiny, privileged electorate…maybe
America deserves the Trump presidency to realize just how much
progress has been made for everyone in the last 8 years. I’ve said it
before: whites either voted to reclaim their perceived lack of
privilege (literally heard from a white male colleague/Trump
supporter: “Finally, it’s our turn” today–as if 240 years and beyond
of white paternalism hasn’t been a thing) out of fear of the “other’
gaining equality…or they used their privilege to throw votes away on
Gary Johnson, Jill Stein, or (for fuck’s sake, America) Harambe.  The
electorate at-large paired this insane white vote with apathy of
non-whites toward Secretary Clinton based on faulty reporting on the
facts of her candidacy vs the candidacy of the President-elect.  Throw
in some Jim Crow disenfranchisement of black voters in NC and WI…and
America earned 4-8 years of a Presidency that will undoubtedly set
back, at least, two generations of Americans and do irreparable damage
to our environment and global economy.

Having said all of this, I implore Democrats to not blindly obstruct.
Certainly fight for every inch for what the majority of Americans
voted for. Do not become what the GOP became to President Obama. Be
better. Fight to recruit candidates who are young, driven, and tap
into the Millennial bloc with optimism that doesn’t appeal to fear,
hate, and David Duke. Don’t cave into the Socialist elements, but
don’t be afraid to work with them with full transparency. Work for
senate seats in Texas and Louisiana in 2018. Work for Governor’s races
in Virginia (2017), Iowa, Wisconsin, and Michigan. Get the McCains and
the Portmans to preserve and protect Americans’ civil liberties, while
fulfilling your own Senatorial obligations.  Hear out the nominees to
cabinet posts and federal courts–but don’t be scared to vote ‘no.’
That’s more than this GOP ever did for a President that did so much
for this country…a country that, after seeing Tuesday’s votes (or
lack of votes in some demos), clearly didn’t deserve him.

One thought on “A Breakdown of Trump’s First Days” 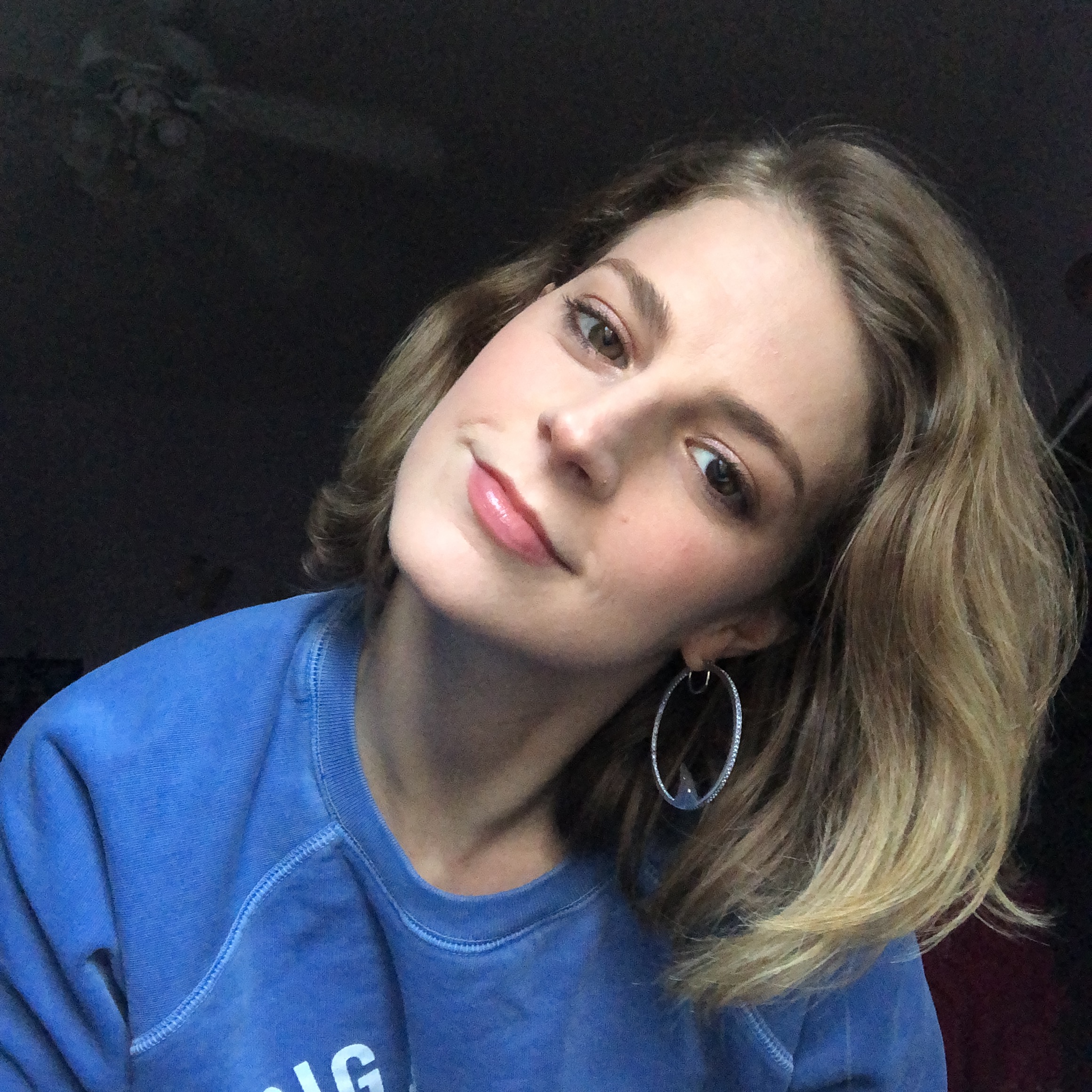